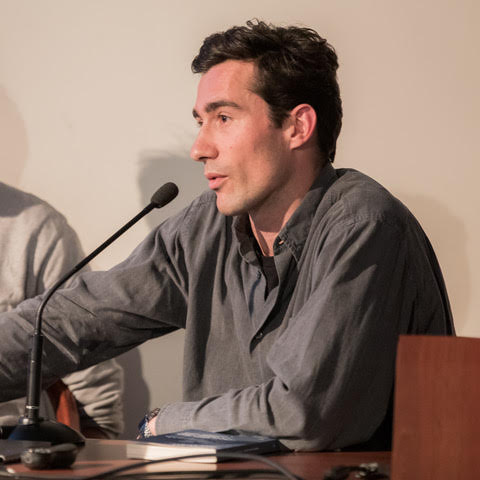 Francesco Sebregondi is an architect and a researcher, whose work explores the intersections of violence, technology, and the urban condition.

Since 2011, he is a Researcher and Project Coordinator at the independent research agency Forensic Architecture, as well as the co-editor of its first collective publication “Forensis: The Architecture of Public Truth” (Sternberg Press, 2014). In 2019, he completed his PhD at the Centre for Research Architecture, Goldsmiths University of London, where his research examined the architecture of the Gaza blockade. He currently teaches design at Parsons Paris and he’s a Research Fellow at EnsadLab. Francesco’s writings have been published in journals such as the Architectural Review, Volume, Footprint, the Avery Review, or City, as well as in a number of edited volumes. His work with Forensic Architecture has been widely exhibited worldwide. In 2021, he founded the independent expertise agency INDEX, which investigates allegations of State violence in France.

He lives and works in Paris.