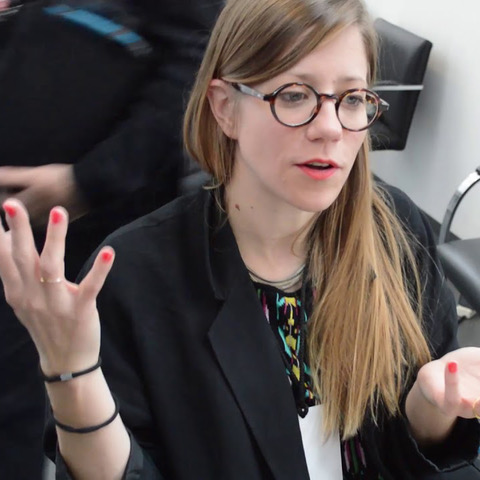 Charlotte Truwant is an architect and scientific assistant at ETHZ. She studied at the Swiss federal institute of technology EPFL where she received her degree in 2006. Subsequently she went to work in Copenhagen and Brussel before moving back to Switzerland in 2009 to collaborate with Pascal Flammer and Miller&Maranta. In 2015 she started running her own projects as an independent and later establish together with Dries Rodet the architecture practice Truwant + Rodet + . The background of the two founding partners is shaped by various international experiences in Switzerland, Belgium, Rotterdam, Copenhagen, Brussel, and a residency in Japan, re-enforcing their curiosity and interest for broader fields of investigation such as scenography, landscape urbanism, exhibition, installation, furniture design, research and education. In 2017, they were awarded the Swiss Art Award for their project 'A Pavilion'. Since 2018 they have been developing the project 'Fountain of Youth' together with Fabian Marti for the Campus Santé in Lausanne. In 2019 they were part of the cross disciplinary research and design team to develop new tools and methodologies for the Dhaka Art Summit, an environmental approach towards exhibiting. The office received the second price for the HEAD extension and won the competition for the Centre Culturel Suisse in Paris.

Since 2018, Charlotte Truwant has collaborated with Fabian Harp, Mellissa Freudiger and Dries Rodet in the non-profit organization “dasverein“. A cultural platform in Basel presenting lectures and offering workshops to allow practitioners to present their work outside of the institutional framework.